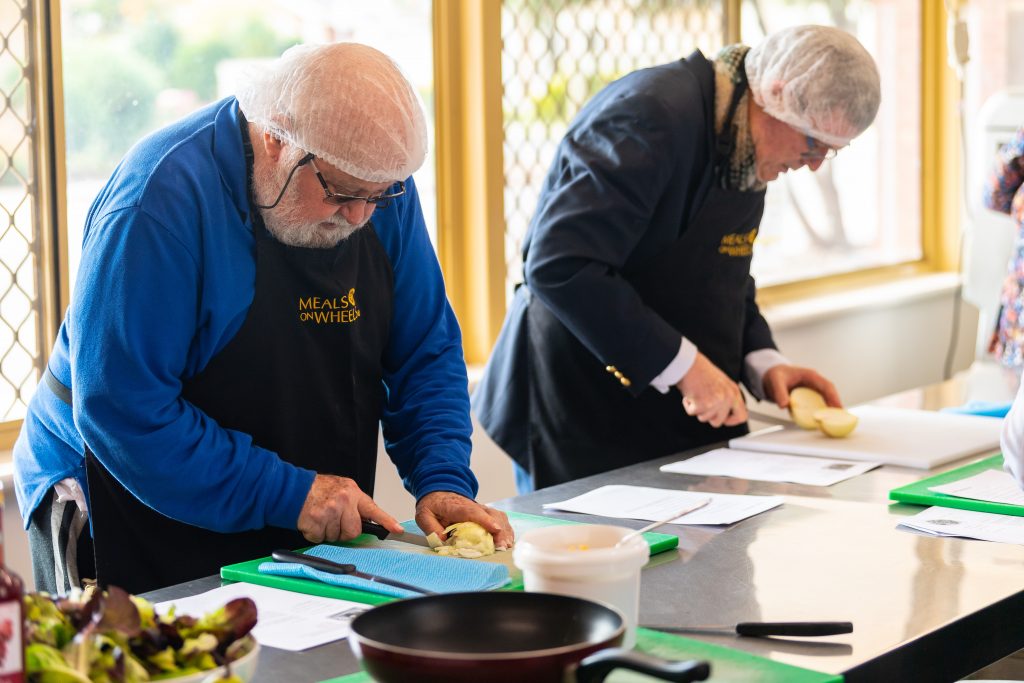 Meals on Wheels SA has launched a cooking class designed specifically for men to help improve their physical and mental health.

The launch coincided with Men’s Health Week, running from June 14-20.

The iconic not-for-profit organisation is trialling the new cooking program as part of its new and expanded service delivery, My W.I.S.E (Well, Independent & Socially Engaged) Choice.

The program is designed to support people to remain living independently and safely in their homes and complements Meals on Wheels regular food delivery and wellbeing checks.

Meals on Wheels CEO Sharyn Broer said the organisation was much more than a meal delivery service.

“We are expanding our service offering to allow more vulnerable South Australians to remain well-nourished, socially connected and independent in their own homes,” she said.

“Men are more likely to be at risk of malnutrition as they age and for those who have been recently bereaved or lack confidence in the kitchen, these cooking classes offer basic cooking skills and support to prepare healthy snacks and light meals.

“Customers are able to socialise as they develop their culinary skills.

“We know that food is great connection for both mental and physical health and this can have a positive impact on people’s health and wellbeing.”

Based on the initial uptake of the cooking pilot program, it’s expected to be rolled out across metropolitan Adelaide and regional SA. Similar programs are also being considered for women and other interest groups.

Earlier this year, Meals on Wheels SA launched an in-branch lunch series with its customers, offering them a chance to socialise over a meal as part of the new My W.I.S.E Choice program.

Meals on Wheels is SA’s largest community-based volunteer organisation and is responsible for more than 80 branches, 7000 volunteers and 120 staff delivering 4500 daily meals and supporting 11,000 people annually.

Ready to experience Meals on Wheels?